Alternative Fuel Options for Your Car 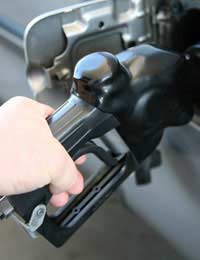 Oil is a finite resource and global demand is expected to exceed supply eventually. That means alternatives to petrol and diesel have to be found to power cars. Not only that, but the alternative fuels must be more environmentally friendly, as the emissions caused by burning petrol and diesel contain harmful greenhouse gases that contribute to global warming.

One option is bioethanol, a renewable and sustainable alternative fuel. Bioethanol is greener because, as it comes from biomass, it effectively recycles carbon dioxide already present in the atmosphere.

There are pros and cons when considering bioethanol as an alternative fuel. On the plus side, it costs two pence a litre less than unleaded petrol and a major UK supermarket sells it on 21 of its forecourts. E85's higher octane rating means it can generate more brake horsepower and torque than regular unleaded fuel, and Ford, Saab and Volvo all make cars that can run on it.

The negatives are that E85 delivers fewer miles per gallon - so running costs are higher - it is not widely available and only a select few cars can use it.

Biodiesel is an option for owners of diesel cars and is more widely available than bioethanol. Many diesel engines can run on low percentage biodiesel blends without any modification. The benefits for the environment are largely dependent how much biodiesel is in the blend and, as this is typically around five per cent in low percentage blends, emissions are not dramatically reduced.

Also, despite Government tax incentives, running costs are no cheaper as biodiesel has high production costs and cannot match the miles per gallon of conventional diesel.

Electric cars can be one of the greenest forms of transport, with zero emissions possible if renewable electricity is used to charge the on-board battery that powers it. Even using standard UK mains electricity will cut greenhouse gas emissions by 40 per cent compared to petrol. There are other advantages too, as electric cars are exempt from road tax and London's congestion charge, and the annual fuel cost is around £1,000 less for average mileage.

The disadvantages are considerable too, however. Electric cars can cost up to 80 per cent more to purchase and rechargeable batteries, which last between three and five years, are so expensive they are usually leased at a cost of about £800 per year. Charging batteries from the mains takes between six and eight hours and fast-charge points are very few and far between.

The hybrid-electric car, which is part conventional car and part battery-electric, is a more plausible alternative. These cars are more energy efficient because, when freewheeling, the energy from the car's momentum is used to recharge the electric motor. This saves energy that would otherwise be wasted. Typically, the conventional engine powers the car at high speeds, while the electric motor and batteries power it on city streets.

Although more expensive to purchase at present, hybrids use up to 30 per cent less fuel than conventional cars, so the cost can be recouped. Most hybrids are exempt from London's congestion charge and produce significantly less harmful emissions.