Home > In the Home > Don't Pay for Overcharging 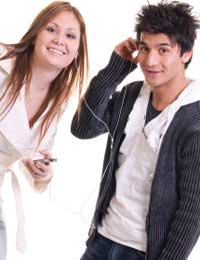 Britain is the worst energy waster in Europe, but straightforward measures can cut out waste, save money and reduce emissions of greenhouses gases that contribute to global warming.

One of the biggest wastes of energy is leaving chargers for electrical gadgets plugged in when not in use. The list of gadgets that need charging from mains electricity is on the increase, with mobile phones, MP3 and MP4 players, digital cameras and handheld video games among the culprits.

Although a single charger does not consume massive amounts of energy, if enough of them are plugged in and forgotten the accumulative effect can be staggering. In the UK, chargers left plugged in unnecessarily waste over £60 million and are responsible for a quarter of a million tonnes of carbon dioxide every year. Remember that if it is plugged in and still warm, a charger is still converting energy even if it is not attached to a device.

Leaving electrical items on standby wastes an average of £37 a year in each UK household. When in use, modern liquid crystal display and plasma screen televisions use four times more power than traditional cathode ray tube televisions, and the new TVs waste twice as much as old ones when left on standby. They should be turned off, as should computers and peripherals such as monitors, printers and scanners. Most new hard disk recorders, DVD players and recorders and video recorders can be switched off without losing settings, so there is no need to leave them on standby, but some digital television providers recommend leaving their devices on standby in order to receive updates.

Of the £1.9 billion British households spend on lighting each year, £140 million is wasted by people leaving lights on unnecessarily. Standard light bulbs are extremely inefficient, as 95 per cent of the electricity they burn is lost as heat. Switching them off when not in use makes sense, but opting for energy saving light bulbs is even more sensible. If every UK household replaced just one standard bulb with an energy saving one, it would save around £70 million a year.

It All Comes Out in the Wash

Washing machines can be another energy waster. Most clothes can be washed effectively at 30 degrees Celsius, as modern detergents are designed to work at lower temperatures. It uses 40 per cent less energy to wash at 30 degrees as opposed to 40 degrees. Tumble dryers can be culprits too, as often it is possible to dry clothes outside or on racks instead.

Old boilers - those over 15 years old - are inefficient and should be replaced by high-efficiency condensing boilers that can cut a third off heating bills. More wasted heat is lost through the roof or walls of a home without loft insulation and cavity wall insulation, and double-glazing can reduce the heat lost through windows.

A warm jumper can stamp out waste too, because when worn the home's thermostat can be turned down by one degree Celsius, saving more than 10 per cent on the average central heating bill.